More than 5 million children in the United States have asthma, making it the most common chronic condition of childhood. The burden of asthma—including increased risk of hospitalizations, missed days of school and work, and limitations to play and sleep—falls disproportionately on children from racial/ethnic minority communities and families with lower incomes. Our knowledge of effective asthma management has improved substantially in recent decades, so why do asthma disparities remain among children?

Housing is a driver of adverse asthma outcomes. Families regularly exposed to asthma triggers in the home—such as mold, cockroaches, mice and dust—face seemingly impossible challenges in managing their asthma. Finding solutions to this challenge requires that we take stock of the policies that led us here. In this blog post, we will review our recent article in the Journal of Allergy and Clinical Immunology. It explores how substandard housing and racist policies from the 20th century created unhealthy environments for children and how the Community Asthma Prevention Program Plus (CAPP+), a new effort at Children’s Hospital of Philadelphia (CHOP) to change these conditions for children with asthma, is seeking to create healthy home environments through structural repairs that reduce asthma triggers.

The link between asthma and housing

Disparities in asthma outcomes have persisted throughout the United States for as long as asthma surveillance has existed. Non-Hispanic Black children are twice as likely to have an asthma diagnosis and five times likelier to be hospitalized for asthma than their non-Hispanic White peers. Although universal access to affordable, high-quality health care remains an issue, health policy experts have increasingly turned their attention to other social determinants of health to explain these disparities and to look for solutions.

Perhaps no social determinant is so critical to asthma as housing. Children who live in substandard housing are more likely to be exposed to asthma triggers like mold or pests at home, particularly in urban and low-income communities. When children are exposed to certain triggers in the home early in life, they may be at increased risk of being diagnosed with asthma. Consistent exposure to these triggers leads to increased risk of emergency department (ED) visits, hospitalizations and unscheduled doctor’s office visits. Even more troubling, children’s asthma symptoms are worse when they’re exposed to higher levels or different kinds of asthma triggers simultaneously.

Housing conditions that facilitate children’s exposure to asthma triggers are more common in older homes, which can be difficult and expensive to maintain. If structural problems aren’t proactively addressed, asthma triggers can worsen over time and become harder to correct. Common structural issues like plumbing and roof leaks or unventilated or damp basements can cause mold to develop or attract pests. Additionally, older and worn carpet often harbors dust mites and animal and pest allergens. While housing disrepair isn’t unique to any one community, it is far more common in low-income neighborhoods and those with residents who are predominantly from underserved racial/ethnic minority groups.

The context of history and structural racism

Current racial disparities in housing value and quality are a legacy of U.S. housing practices and policy from the 20th century. Perhaps the most-cited example of this kind of policy is known as “redlining.” The federal government wanted to promote home ownership among low-income households by providing mortgages to people who may have been too risky for a traditional bank loan. In doing this, however, race was explicitly used in deciding which neighborhoods would and would not be eligible for such loans, effectively making home ownership inaccessible to families with lower incomes and who were non-White. Another practice, known as exclusionary land zoning, dictated that wealthy, pre-dominantly White neighborhoods could only have single-family homes. Banning multiunit housing in these neighborhoods made them inaccessible for families from racial/ethnic minority groups seeking affordable housing options.

The cumulative effect of these practices (to name only a few high-profile examples) was that neighborhoods predominantly occupied by racial/ethnic minority groups were denied access to homeownership, one of the most important ways that families build wealth across generations. The ongoing economic effects of racially exclusionary housing practices are still felt today in neighborhoods where many houses are deteriorating, exposing residents to unhealthy conditions. They have resulted in limited housing choices for Black and Hispanic families in cities throughout the U.S. Healthy housing, a basic necessity, is out of reach for many families from racial/ethnic minority groups and those with lower incomes, and yet it is essential for promoting equitable asthma outcomes.

A new program model in Philadelphia

It’s estimated that 1 in 4 children in West Philadelphia has asthma and that 1 in 5 families live below the federal poverty level. Moreover, Philadelphia is characterized by older row homes built more than a century ago. Historical maps of redlining show that West Philadelphia neighborhoods were designated as “hazardous” due to their racial makeup. The housing stock in these neighborhoods is affected by structural disrepair and asthma triggers. Since 1997, the Community Asthma Prevention Program (CAPP) has provided asthma management services to community members in West Philadelphia, while becoming familiar with the effects of housing disparities on asthma outcomes.

CAPP+, an expansion of CAPP that is supported by CHOP’s Healthier Together Initiative, offers major home repair services to caregivers of children enrolled in CAPP services. This place-based effort allows homeowners to receive services such as roof repairs, fixes to holes in walls and water leaks, integrated pest management, and carpet removal. Each of these repairs was selected to target structural deficiencies that are commonly associated with the presence of asthma triggers in the home and to improve air quality. Now in its third year, CAPP+ has provided repairs to 100 homes. 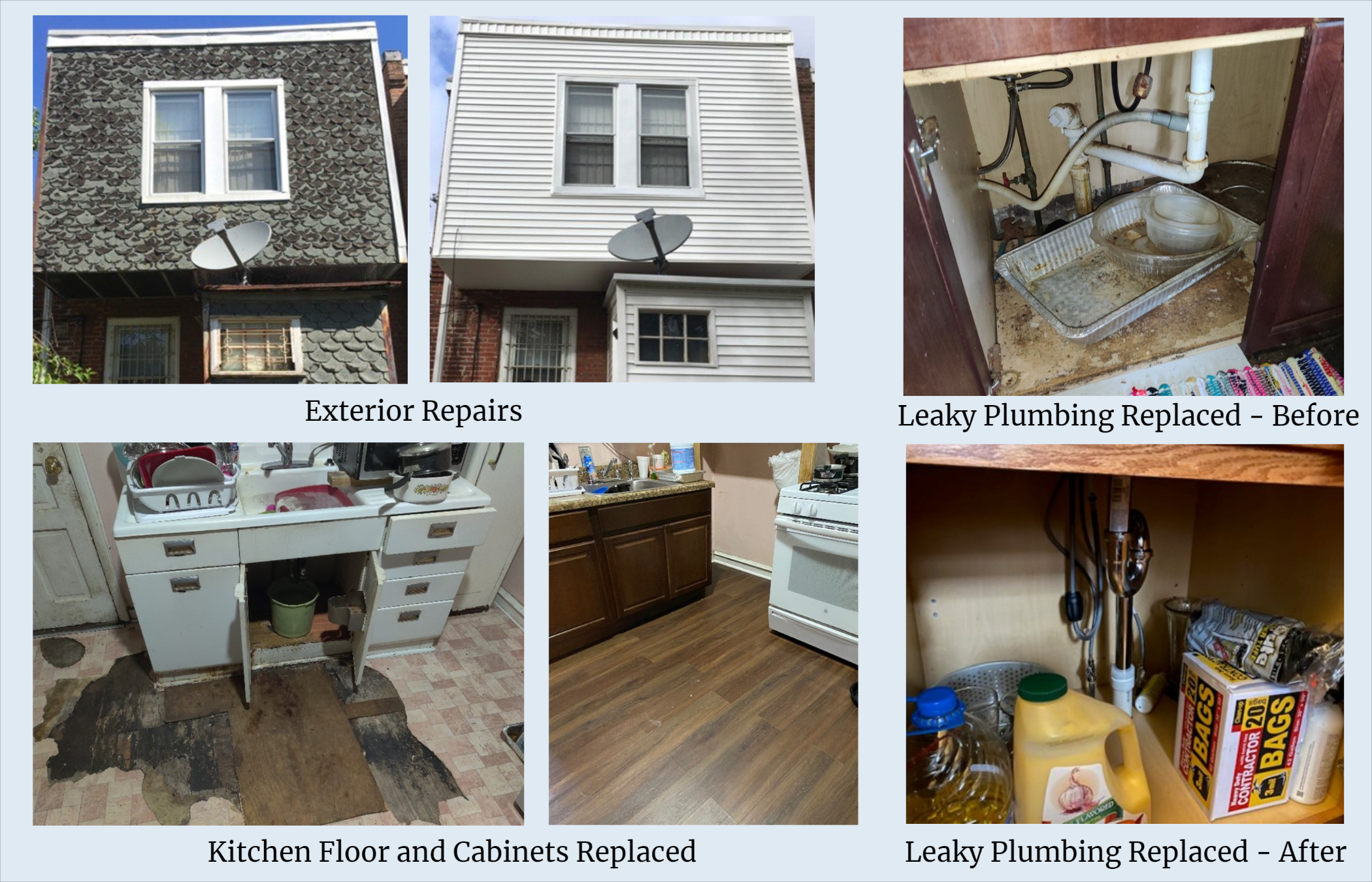 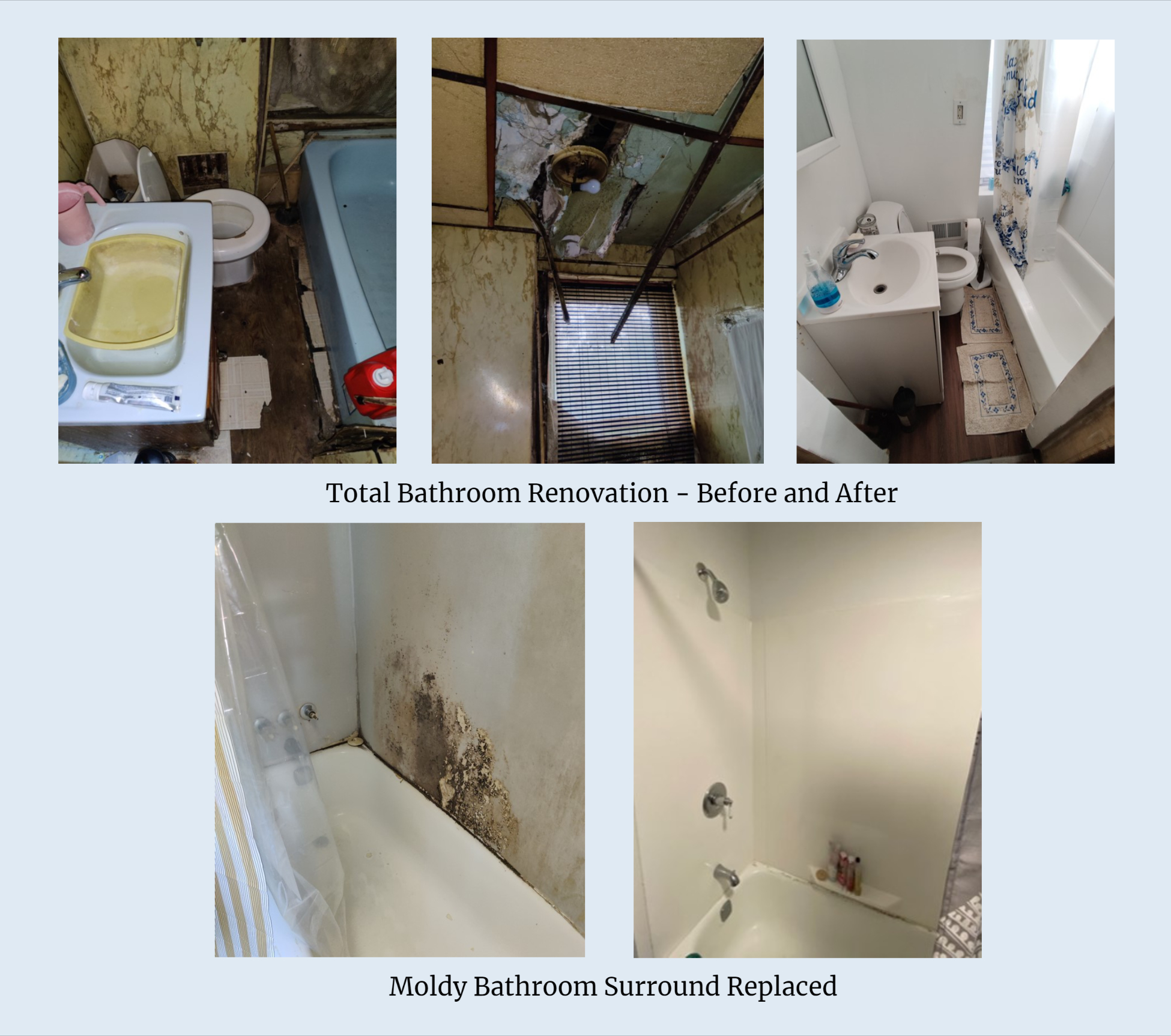 In our pilot of this program, we followed up with CAPP+ families one year after the completion of home repairs. Families reported that their children had fewer asthma symptoms and asthma exacerbations. At the same time, they reported fewer asthma triggers in the home. These early findings are promising, but further research is needed to more fully understand the impact of home repairs for families.

Asthma-focused home repairs that address major structural deficiencies are unavoidably expensive and intensive, but they hold promise for promoting health equity by reinvesting in neighborhoods, which have been victims of targeted discriminatory practices for decades, to create healthy housing. It’s no doubt challenging to consider how health systems can create interventions far outside their traditional lines of services, but correcting the wrongs of disinvestment in these communities is essential to achieve health equity for children today and in the future.