COVID-19 Outlook: Cautious Notes of Optimism During a Spring Resurgence

Below is the national outlook from the weekly update to our county-level COVID-Lab forecasting model:

Specific areas we are monitoring closely: 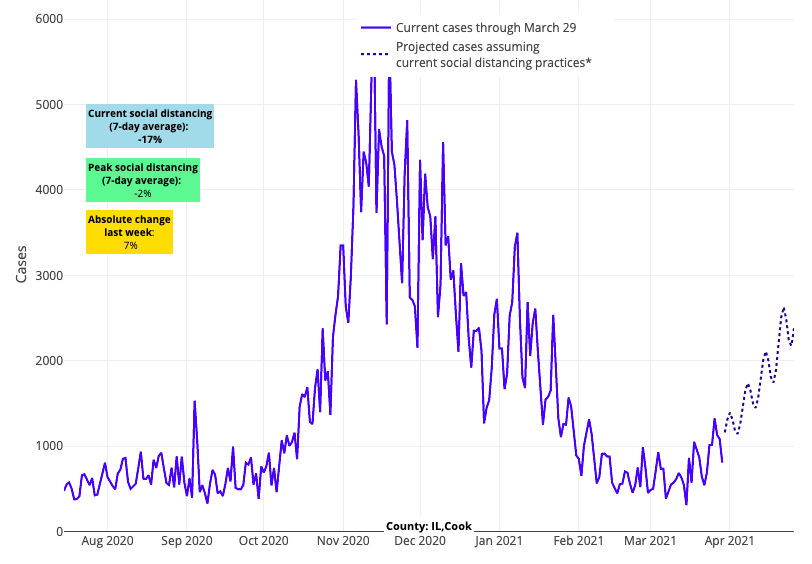 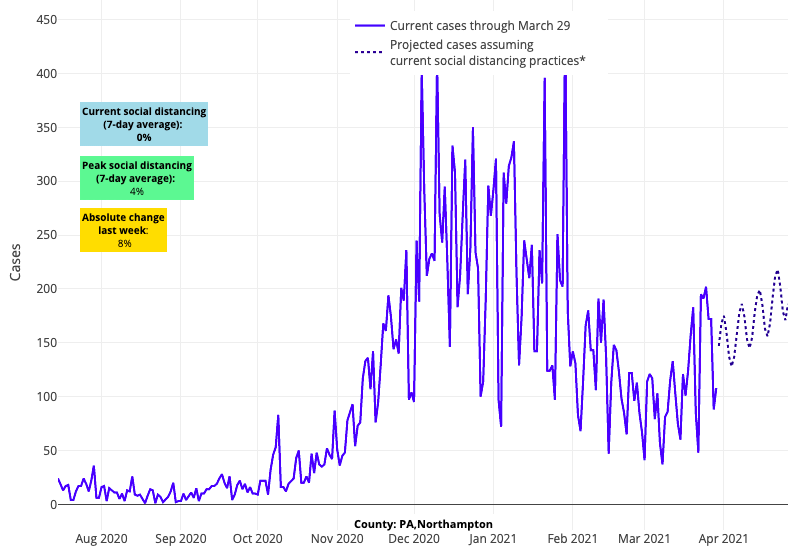 Above are the projections for Northampton County in Pennsylvania.

With just one day left in March, many counties throughout the country—particularly those in the north—continue to experience persistent or increased positivity and transmission rates. While Michigan may be reaching its spring peak, we are now concerned about a wider region including Ohio, Indiana, Illinois and Pennsylvania. (Fortunately, the current pace of disease spread and hospitalizations in these states is nowhere near what we observed this winter.) Even the Pacific Northwest, which has had some of the lowest case numbers throughout the pandemic, is seeing rising transmission and emergency department visits, particularly around Seattle.

As we have mentioned in prior weeks’ blog posts, there are multiple explanations for the trends we are seeing in this phase of the pandemic. One important factor is that Americans are on the move again, particularly this holiday week, which could increase transmission rates even more.

While increasing COVID-19 transmission across the country is certainly cause for concern, there are subtle indications that the severity of this resurgence, as measured by hospitalizations and deaths, will not be the same as we experienced last fall and winter, including:

The picture that emerges from the data this week is one that reflects a younger population of children and working-age adults disproportionately represented in the growing case incidence throughout much of the country. Sadly, some unvaccinated working-age adults who get COVID-19 during this period will likely experience severe or even fatal disease. Some will be parents and grandparents, eager to gather and travel, but who have not yet been offered or who have declined vaccination. This is why the individual commitments each person makes to continue protecting one another, through masking in public locations and keeping gatherings small, is so important right now—even more so than any public restrictions. Those choices can ensure that as few families suffer the tragedies of this past year before vaccinations ultimately help us reach the tipping point we have all been yearning for.