In Honor of Fathers

As the Pennsylvania state director of a nonprofit organization called the Parent-Child Home Program (PCHP), I’m intimately aware of the crucial role fathers can play in home visiting services. PCHP is a research-based home visiting model that prepares underserved families with children 16 months to 4 years old for school success by strengthening the parent-child relationship. PCHP has been proven to increase performance on cognitive assessments on average 17 points, cut in half the need for special education by grade three and increase graduation rates by 30 percent, to the same rate as middle-income students. 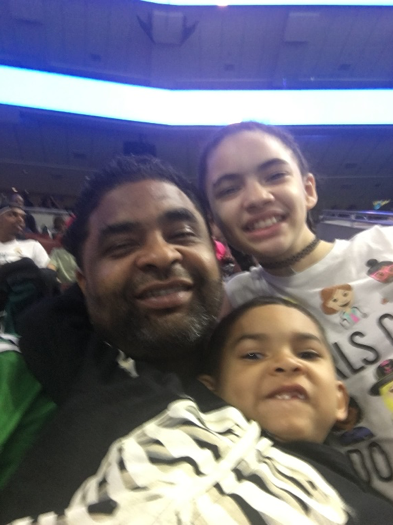 When PolicyLab asked me to share my experiences with father engagement in home visiting services, Mr. Brent Johnstone immediately came to mind. Brent is a father, a co-founder of FathersLead365 and an early learning specialist (our home visitor position) for PCHP. I would like to share what I learned about Brent when I interviewed him for this blog. I am sure you will be as deeply moved as I was.

FathersLead365 is a nonprofit organization dedicated to impacting, inspiring and uplifting fathers from all walks of life. From reading to preschoolers in daycare to co-authoring books to even hosting their very first fathers’ education and literacy conference, FatherLead365 is making significant strides toward their mission. Through mutual connections in our overlapping nonprofit circles, Brent expressed some interest in the North Philadelphia early learning specialist position I had been trying to fill. Brent was quickly hired, trained and began conducting home visits with six families, including two fathers, in North Philadelphia.

When I interviewed Brent for this piece, I was profoundly inspired by the experiences he shared as both an early learning specialist and as a father. Some of the families that Brent works with live in Philadelphia Housing Authority developments like the North Philadelphia Richard Allen Homes. Just to give you a sense of North Philadelphia, a 2016 article in The Philadelphia Inquirer entitled, “In Philly Your Zip Code Sets Your Life Expectancy,” said, “It's the poorest community in America's poorest big city. And life expectancy there isn't as high as it is in Syria and Iraq.” But Brent loves working in communities where people may have misperceptions about the residents based on what they read or see in the news. Despite struggles with poverty, he sees parents trying to educate their children, he says “these dads are amazing… stories don’t get told enough about connected dads.”

During a recent home visit in this neighborhood, Brent was sitting on the floor with a father, mother and child while playing, talking and encouraging the child to explore the blocks that he brought with him as part of the program’s curricular material. This is how Brent described it, “Spending a Friday night with two young parents in their 20s, all three of us are focusing on this one child learning about all the things that she could do with her blocks and all cheering and giving her high fives. I stayed longer than [the typical] 30 minutes because I was caught up in the moment—and that happens a lot. It is hard to make stereotypes after an experience like this.”

A few weeks later, the same dad from this family was participating in a home visit that the mom was unable to attend. Brent said, “This child is challenging. She is one year old, moves all around—so it was just me and the dad and I thought, ‘she is going to be all over the place.’” But simply by just being there, this father’s presence created a completely different family dynamic.

“She didn’t move, and it wasn’t like he was yelling at her, he was sitting on the couch participating, he watched me, participated… it created a whole different dynamic. No slight to the mother, but he needs to stay consistent in her life and the home visits.”

This anecdote is a perfect example of recent findings from an Urban Institute study on father engagement in home visiting services that found increased knowledge and better emotional regulation and communication for fathers engaged in services and the important relationship of male home visitors to successful father engagement.

When asked to describe fatherhood, Brent says, “The most important thing to a family and community is a stable father and stable men. We provide balance and security which is so important. Fatherhood, I can best explain through my dad. At my dad’s funeral my sister told a story about a time they caught the bus home from school in the ninth grade and someone got shot. They came home and told my dad. My dad didn’t say much. The next day, my dad was waiting outside of the high school for them. Every day from ninth through 12th grade, he was there waiting for them. He protected his daughters. He never talked about it, just showed up and did it. A father to me is a constant guide throughout life on how to make decisions based on what they taught you and what you saw.”

I hope after reading this you come away with a bigger, bolder view of the value of fathers.  Brent is one shining example of a very involved father who is working to not only strengthen his family, but also other families through FathersLead365 and in his role with the Parent-Child Home Program. May we all be inspired by his example and strive to be inclusive of fathers professionally and personally and recognize the often-unsung gifts that they bring to families and communities.