Addressing the Crisis of Black Youth Suicide in 200 Words

In December, I had the privilege of joining the Congressional Black Caucus Emergency Taskforce on Black Youth Suicide and Mental Health in releasing a report to address the “alarming increase in the suicide rates for Black children and teenagers over the past generation.” 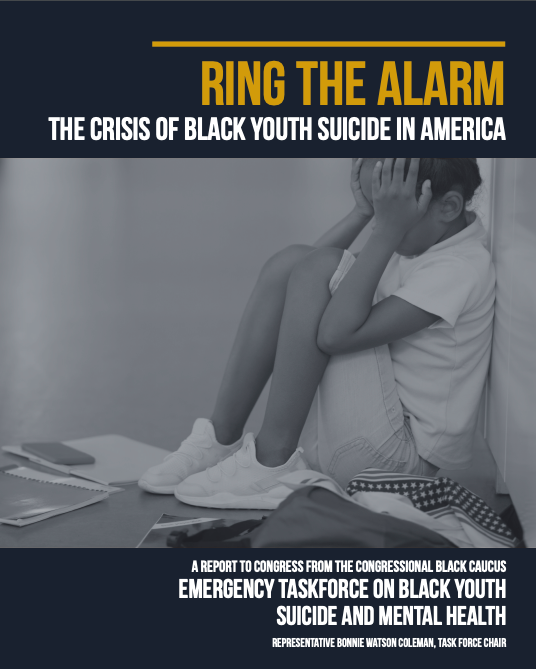 In the report, the taskforce shared their policy, practice and research recommendations for addressing the needs of this vulnerable population, which include developing interventions and best practices for community leaders who interact with Black youth. But most importantly, the report called for additional funding to support research and provide evidence to understand why these increases in suicide rates are occurring and what can be done to help.

Working toward this goal, experts at Children’s Hospital of Philadelphia recently established the Youth Suicide Prevention, Intervention and Research Center to address suicide through clinical care, research, education and community engagement. The Center aims to provide personalized clinical care based on evidence-based best practices and offer support for practitioners, primary care pediatricians and investigators to combat this crisis.

We know we can’t tackle this problem alone. With additional visibility on this critical issue from the Caucus’ report, we hope the work of researchers nationwide can lead to more understanding and better outcomes for Black youth.


This post is part of our “____ in 200 Words” series. In this series, we tackle issues related to children’s health policy and explain and connect you to resources to help understand them further, all in 200 words. If you have any suggestions for a topic in this series, please send a note to PolicyLab’s Strategic Operations & Communications Director Lauren Walens.